I have a confession to make. I have been too ashamed to post my weight on my blog for quite a while.

Although my weight gain has surely been documented in photos that I've posted, I have not felt very compelled to share the EXACT amount of re-gain I have experienced. It's embarrassing. And I've felt some kind of way about it.

But now I'm ready. Because it's time.

I've been well over 300 lbs again for quite some time. I was hovering around 300 lbs when I started my first 24-day Challenge in May 2015. I got down to about 280. But with the end of the school year, my birthday, my hysterectomy, and the move to Florida, that 20 lbs came back and then brought some friends. I weighed twice on the gym scales over the summer (because I'd donated my own sets of scales when I moved). On July 27 I weighed 307. On August 16 I weighed 312.

On November 30, 2015 I committed to start taking this journey seriously again. I stared my wonderful Facebook support group, and I took extensive before photos in a bikini. I weighed 313.6. 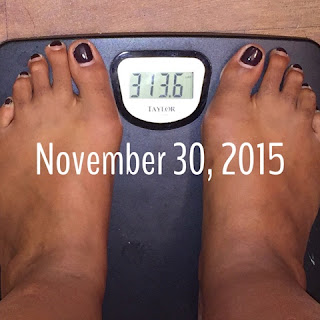 Well, the holidays isn't the best time to try to lose weight. I tried for a few weeks, but dove right off the wagon when Christmas depression set in. The loss of my mother in August was particularly hard for me around Christmas. The first Christmas without my mother being on this Earth was painful. And I medicated with food. 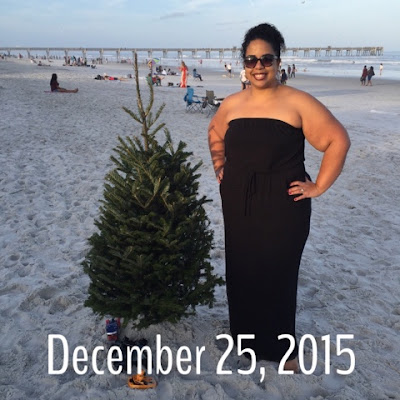 At this time, I was EXTREMELY uncomfortable. My knee, back, and foot pain was almost unbearable. I knew I had to do something. And I didn't want to wait for new years.

On Monday, December 28 I restarted for what I hope will be my LAST time.

I was SO disappointed. My all-time highest weight was 333 lbs. When I started again back in December 2012 I was back up to 319.

I have steadily been at it since December 28. And as of weigh in yesterday, I am officially back in the 200's. 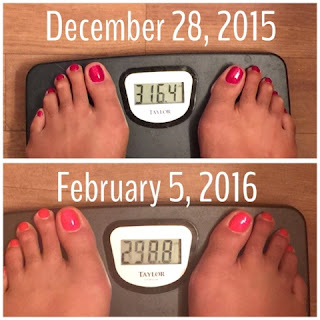 I started out with no sweets, less carbs, more water. Hell... just TRYING helped. But even after a couple of weeks I was still struggling. So I started another Advocare 24-day Challenge on January 11. It just ended on Thursday, but I wasn't able to weigh-in until Friday (I've been out of town). 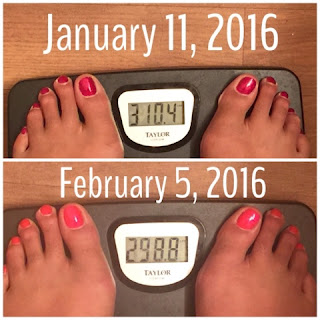 Lowering carbs (which some say is a no-no while on the challenge, FYI) and taking my supplements definitely helped. Especially with energy and hunger control.

But over the last week since officially starting Keto, my hunger is GONE. I was able to go on an unexpected road trip for two days and not cheat ONE time. AND drink my water!

No excuses. No cheats. That's how I will succeed this time. I am beating food addiction one good choice at a time. My body is rewarding me with less pain and more energy. My clothes are looser and I'm finally starting to feel better about what I see in the mirror.

I will not quit. I will always keep trying. My quality of life depends on it.