Too Fat to Fly? 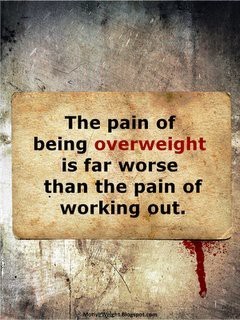 Being overweight is painful... I have bruises on my upper thighs to prove it.

In all my excitement about flying to New York on Tuesday, I had one fear in the back of my mind that just wouldn't go away. Would I be too fat for the airplane seat?

You hear these horror stories about overweight people getting kicked off of flights, or made to pay for an extra seat. On the inside I was scared to death that one of these scenarios would happen to me and ruin the experience of going to New York to be a blog ambassador for Slim-Fast. I even confided to my daughter that I had this fear...  that is was my ONLY fear when it came to this trip.

And do you know what? That fear was nearly realized. I WAS too fat for the seat.

I have flown on a plane before, but it's been at least 15 years. I am not, and have never had a fear of flying, I just haven't had the money or opportunity to fly anywhere in a long time. When I boarded the plane on Tuesday, I was very surprised to see that I was flying on a jet... that was very, very tiny. There were only seats for about 36 people, the aisles were tiny, and there was hardly no overhead room for bags. I only had a laptop bag with me, but when I tried to shove it under the seat, it wouldn't fit. But by this time I was so panicked that was the least of my worries.

The plane was set up so that on the left side of the aisle, there were two seats together, and on the right side there was a seat by itself. I quickly scanned the seat number of my boarding pass and prayed I was on the side of the aisle where I wouldn't have to sit with anyone. Luckily, I was. I stuffed myself in the seat, and could barely bend down to try to shove my bag under the seat in front of me. Like I said, it barely fit, and I had NO ROOM for my feet to even move. I tried to shift around enough to take my coat off, but it was nearly impossible so I just left it on. Then I tried the seat belt....

Which didn't fit at all. Not even close.

I desperately started searching my mind for what to do. All the while trying not to cry. This trip to New York was like a dream come true. And now, ironically, my weight was about to keep my from a trip that could give me the tools, support, and accountability I need to LOSE weight.

The flight attendant looked like he could be Matt Damon's little brother. I got his attention and pointed to my seat belt and told him it wouldn't fit. (I'm trying hard not to cry while I even type this. #humiliated). He put up a finger as to say "one second", went up the aisle, reached into an overhead bin, walked back to me, and VERY DISCRETELY slipped me something that I found to be a seat belt extender. I was relieved. For a moment.

Ok, so now I was all buckled in, but my feet were still shoved into my bag, unable to move. It was about this time that the captain came on the intercom to announce that air traffic control had delayed our flight for 27 minutes. And let me tell you, that was a LONG 27 minutes.

By the time the plane took off, my feet were numb and I was so uncomfortable I was on the verge of tears again. The seat handles were DIGGING into my thighs, I couldn't shift or move in my seat... it was horrible. I got the idea to take my bag and sit it in my lap during the flight, so I could move my feet around a little, which did help. I thought about asking for help to put it in overhead, but I remembered that people were already having trouble getting their stuff to fit in. I was too embarrassed to do anything but just sit there and pray that I could get to NYC as soon as possible. I felt like I was in hell.

Then I had to pee.

There was NO WAY IN HELL I was going to try to pry myself out of my seat and push down that tiny aisle to the "lavoratory". No telling how tiny that was... (scenes from Tommy Boy came to mind... if you've seen the movie you know what I mean, lol).

FINALLY, we arrived at LaGuardia, where I waited until everyone was off the plane until I heaved myself out of the seat and got off the plane. I thanked Matt Damon's little brother for the seat belt extender and gave it back to him. Then I hurried into the terminal to find the nearest bathroom.

Honestly, the flight experience was pretty much forgotten as soon as I climbed into the car that was waiting for me outside. Like I said before... it was SUCH a great day. But as I was sitting in that airport again for the flight home, I started dreading it again.

A quick glance at my boarding pass and I knew I would have the same type of jet on the way home. So I started coming up with a plan. I peed BEFORE I got on the plane. I also took off my SPANX so I would hopefully feel less "stuffed". Slim-Fast was nice enough to give us all a "goodie bag", so I used it as a purse and put my iPad, ID, and boarding pass in there for the flight so I could definitely put my laptop bag in the overhead as soon as I got on the plane. I sat close to the gate so I could be one of the first ones on. And thankfully, I had a solo seat again.

Things DID go better on the flight back. I asked the flight attendant as soon as I boarded for the seat belt extender, and was discretely passed one again after I got seated...

***side note*** I am thinking about writing American Airlines to thank them for both flight attendants being so discrete about the seat belt extender. They were both very conscious of the way they gave it to me, which really made me feel like they knew it must be embarrassing and humiliating to have to ask for one. That meant a lot, and really cut down on how bad it SUCKED to have to have it.

The handles to the seat still cut into my already bruised thighs, so that was very uncomfortable. But during that flight home I made a vow that the next time I ride in any type of aircraft I will be able to comfortable sit in the seat WITHOUT an extender. I will never allow being overweight to humiliate me in that way again. Never.

So now, when I am struggling on this plan, or feel like I want to binge and blow my diet, I will think of this painful experience. Hopefully it will drive me to keep my eyes on the prize. A healthy, comfortable life where I don't have to fear being too fat to fly.
Posted by Hollie at 6:48 PM