This has been a really great weekend. Yesterday, I decided to go to my class reunion, and I'm glad I went. It was a bit chilly, but my kids had a blast. We had a family-style picnic at the park, where all of the classmates were invited to bring their families. There were not a lot of people there, but enough for it to be fun. I got to catch up with several good friends and it was nice.

After the picnic, my kids and I headed to Trader Joe's, which was right down the street from the park we met at in Nashville. 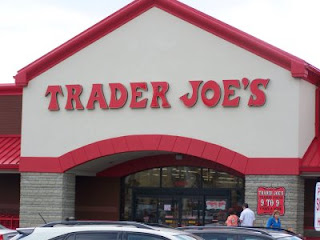 I REALLY liked this store. It was smaller than I expected, and was pretty crowded (I guess for the Easter rush). But I was pleasantly surprised at how reasonable the prices were. Some of the items I bought in the produce section were even a better bargain than Wal-mart prices. I walked up and down each isle, and was pleased with the items I was able to buy. I was able to find everything on my list, and then some.

Next, we went about a 1/2 mile down the street to Whole Foods, which was located in a new, trendy group of stores that has to be new to the area (never seen it before). It was almost like a little city within a city. My son kept asking if we were in New York. We were in Green Hills, which is what I refer to as the "rich part of town." We might as well have been in New York as far as my kids were concerned, lol. 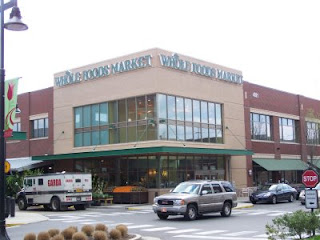 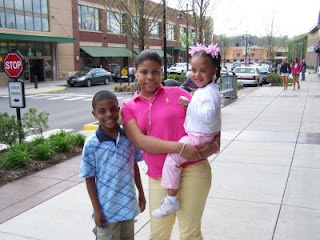 I only bought a few items from Whole Foods, but did take a minute to walk around. My children were fascinated by the hot/salad/dessert bar. One day we might actually come back and eat there, but I was in a hurry to get back and get ready for the next phase of the reunion - the adult-only portion. 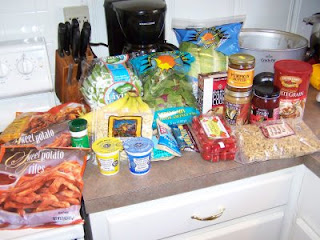 There is a pic of most of my goodies from Trader Joe's. I purchased Almond butter for the first time, as well as some flavored greek yogurt and other goodies. Their produced looked great - can't wait to try some of the lettuces and spinach for salads next week. I think a trip to Trader Joes might be something I do at least once or twice a month. 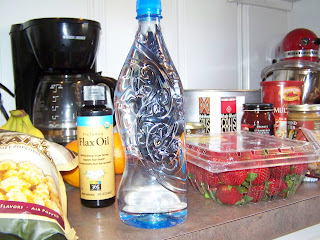 I bought this bottle of water at Whole Foods. My children all wanted one because the bottle is so pretty. They've been rinsing them out and re-susing them to drink water out of. I am saving mine for work next week.

I am really glad I decided to go to my reunion. I was able to have several cocktails and catch up with old friends. I even have future plans to hang out with a few people, including my friend Elizabeth (in the picture below). 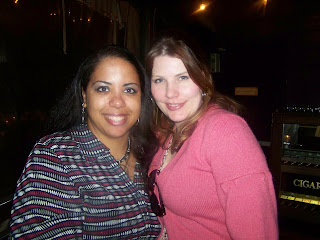 We actually worked together several years ago, but have lost touch over the past few years. She has a brand new baby girl, so now we have promised to get together to do "mommy" stuff and hang out.

This morning Jessica called and asked me to go to church with her for Easter, and we did. It was a very large church, and about a 15 minute walk from the parking lot to the church, THEN we had to walk up THREE flights of steps to get to open seats. Days like today I am thankful that I am much more fit now than I used to be. There is NO WAY I would have been able to make that trek a year ago, especially not in the 4-inch heels I was wearing. But it was a nice service, and worth the exercise involved, lol.

Afterward we went to another friend's house for an egg hunt, then back to her house for a late lunch/early dinner. So we have had a very full weekend, and now I must try to get my kids settled down for school tomorrow. Next week is standardized state tests in our school district, and we are all stressing a little. I've never been on the teacher end of state testing, but my co-workers are all freaking out about it. Hopefully, all will go well.

Oh, I weighed myself this morning for the last time for a while. The scale said 300.2 (.4 gain), which is good considering the FOUR mixed drinks I consumed last night. I am tossing the scale for ONE MONTH, and will begin a new phase of my weight loss journey tomorrow. Stay tuned for details...
Posted by Hollie at 4:50 PM